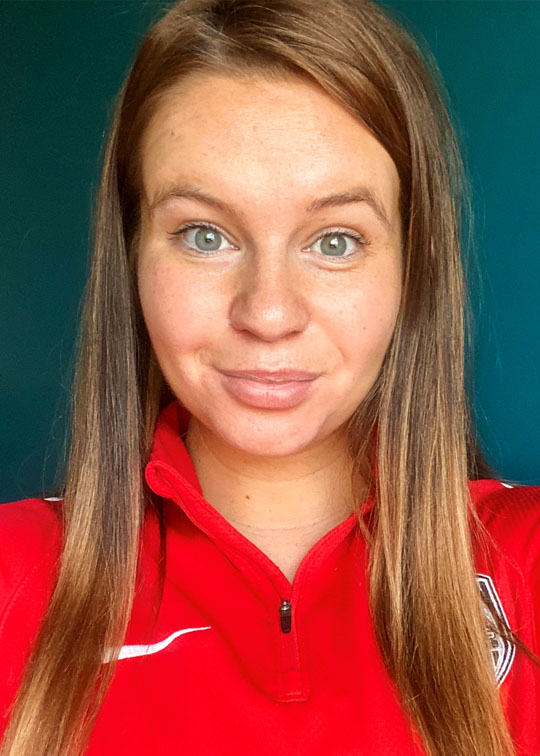 Lexie is from St. Charles, Missouri and has been involved in the St. Louis club scene since the age of 4. In high school, Lexie played for an MRL club team and at Francis Howell Central High School. Lexi then played for St. Charles Community College and won the 2014 Region XVI and District D Championships. She then played for Lindenwood University-Belleville as captain and center midfielder, leading the team to one of the most successful seasons in program history to date. She graduated with a bachelor's in Marketing.

After college, Lexie returned to St. Charles Community College as Assistant Coach under Jason Wyland. The team once again claimed the Region XVI championship and placed 2nd in the District Final. Lexie began coaching for the AFA Fillies in 2014 running Youth Development Program Camps, an assistant for a 2003 team, and head coach for 2007's, 2008/2009's, and 2002's who played in the regional playoffs for the Presidents Cup as a first year team.

In 2018, Lexie was hired by Cochise Community College in Sierra Vista, Arizona as a full-time assist coach to Chas Frisco. The team saw their most successful season in 5 years.

Lexie returned to St. Louis and was named the Youth Development Program Director. She coaches and works with multiple teams as technical trainer in addition to offering small group and individual training. She is certified through NJCAA, has a Grade 8 USSF Referee License and maintains an F Coaching License while currently working towards her D. She also has studies through the International Sports Science Association in personal training with a specialization in strength and conditioning.

Lexie and her husband Bryan Sutter have 2 children: Jadyn and Jack, and are expecting baby Rayne in April 2020.